Victoria Falls, Zimbabwe -- By running all livestock in one herd and using holistic planned grazing, the Africa Centre for Holistic Management is healing what was desertifying land.

The Centre's property lies alongside more seriously desertifying communal lands on which many thousands of people and their livestock eke out a living. The following pictures were taken on the same day in the same area, with the same soils and rainfall. 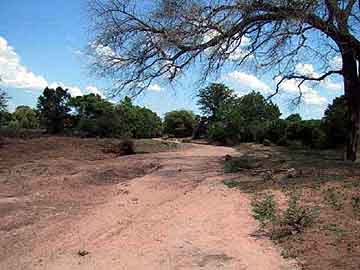 This dry sandy river only runs in flash floods with high rainfall events. The entire catchment of this river in the Wange Communal Lands is subjected to livestock wandering around yearlong. Biodiversity loss is severe and droughts and floods are the norm. 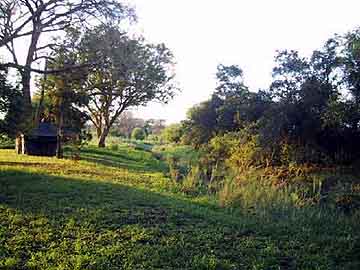 In contrast, this river on the Africa Centre for Holistic Management's Dibangombe Ranch now has water year-round and flows for most of the year. The livestock over the entire river catchment are run in one herd -- cattle, pigs and goats managed with holistic planned grazing. Biodiversity is generally increasing, flooding is becoming less severe, and drought is rare.

So convincing is this contrast that the people managing the land at top are now working with the Africa Centre to bring all livestock into one herd managed with holistic planned grazing. Baseline transects have been established and all will be thoroughly monitored for social, economic and environmental changes that the Africa Centre will report from time to time.