Why the National Cattlemen's Beef Association, the Sierra Club, and most government and development agencies advocate cures for overgrazing that can't work. Links to successful approaches that work with the ecosystem. 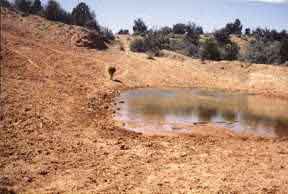 Yet another cow desert: a small number of cattle use this pasture in Arizona.

In eastern Oregon, also a dry climate, this rancher grazes a large number of cattle on this pasture every year. 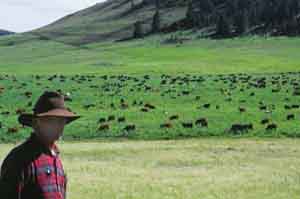 What is overgrazing? Is it too many animals, more than the land can support, or is it something else?Though there is deepening conflict over whether domestic livestock should be allowed to graze public ranges in the western U.S., there is a surprising degree of agreement on what overgrazing is. According to the Sierra Club, the National Cattlemen's Beef Association, the U.S. Forest Service, and the Bureau of Land Management, overgrazing is what happens when there are too many animals on the land.

Nearly fifty years ago, French researcher Andre Voisin published his conclusions that overgrazing, from the point of view of a grass plant, is a function of time and timing, rather than of numbers of animals. Grasses co-evolved with grazers. Whether wild or domestic, these animals often graze a grass plant severely at first bite. What grass plants need is sufficient recovery time between bites. Therefore timing and grazing management, not numbers, is the critical factor. Yet Voisin's research has been largely ignored because it questions something that everybody already "knows"--that the solution to overgrazing is to reduce or eliminate the grazers.

What most people notice when they observe rangeland is the amount of vegetation, and the presence or absence of livestock. What is more difficult to observe is the health of the vegetation, the amount and effectiveness of ground cover, and the timing of grazing.

What you see in the photos above is a reflection of timing. In the upper photo, you see a pasture that has relatively few animals, but one that is grazed for several months at a time (unfortunately this is the prevailing practice). A grass plant trying to grow will be rebitten several times, depleting its root reserves.

In the lower photo, manager Doug McDaniel grazes nearly 1000 cattle in this pasture for less than 24 hours. Plants are bitten severely, but they have plenty of time to recover without being rebitten.

Just a few animals are capable of overgrazing plants to the point of death, if given enough time. Increasing the area available to the animals is not nearly as effective as shortening the time period during which the plant is exposed to grazing. (If you have a Java-enabled browser, try the grazing demo for a fun and interactive way to understand the basic concepts.) 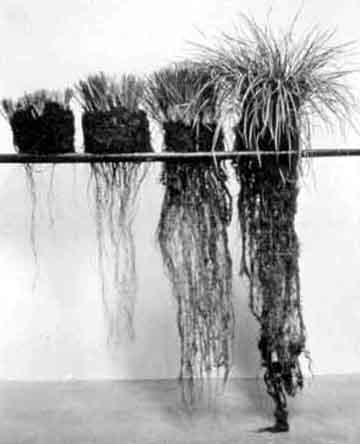 A photo from a Canadian research station showing the root growth of bunchgrass plants that were kept clipped at certain levels.
Allan Savory photo 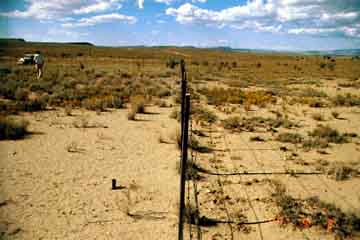 The boundary between Chaco Canyon National Monument and the Navajo reservation. On one side, long-term total rest from livestock grazing. On the other, livestock grazing with relatively few animals for long periods. Can you tell which is which?